By “style,” though, we don’t just mean fashion. Not just, for instance, the iconic and 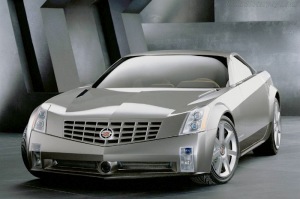 fashionable t-shirt, derived from the one-piece Union Suit so popular during the American Civil War and transformed into an American household garment when the US Navy issued these slip-on garments during the Spanish-American War. Nor blue jeans, originally designed for cowboys and miners in the American West, but catapulted into a world-wide symbol of American youth culture and rebellion with the release of James Dean’s 1950’s film Rebel Without a Cause.

No, this is a book about the idea of an American style, about a certain way of looking, or thinking, or speaking that is identifiably, unimpeachably national. That expresses power, enacts authority, that is violent, charged, dangerous. A style that can be conjured, or invoked, or mobilized in either implicit or explicit support of nationalism.

A style that can be used to design, build, and sell a Cadillac – to use one example we’re exploring – as if it were an extension of the country’s very soul.

This is a book about the notion of an identifiably, obviously American way of looking, or speaking, or thinking, or sounding. A book about how, when, and why a national style is engineered, invoked, constituted, or contested. A book about those moments when style becomes a site of nation-making, and about how a self-defined, authoritative American style engages the local and the regional, the cosmopolitan and the global, the marginalized and the unofficial.

A book, too, about the contemporary moment, about the workings and significances of “style” – invoked in a thousand different ways – in the present and near-past.